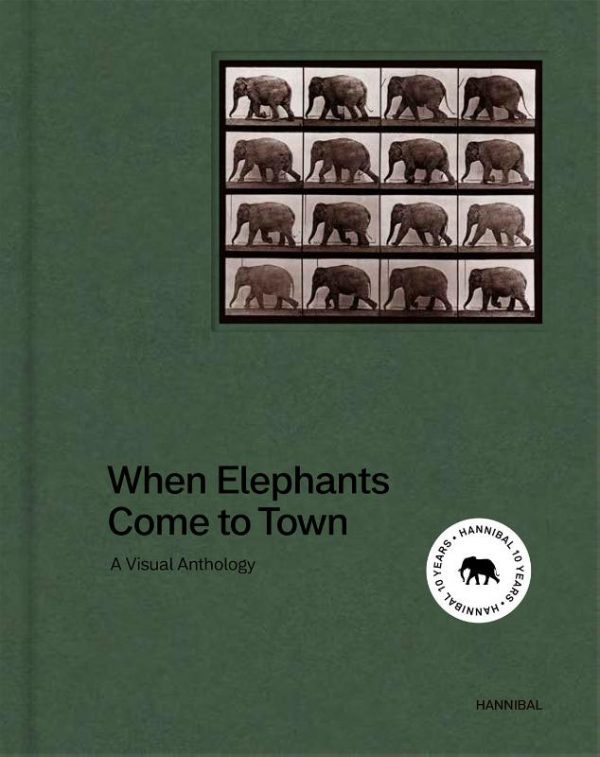 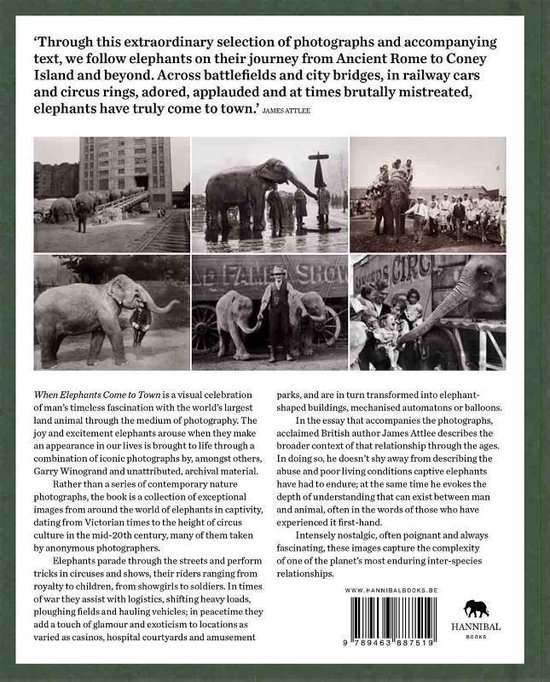 When Elephants Come to Town

‘Through this extraordinary selection of photographs and accompanying text, we follow elephants on their journey from Ancient Rome to Coney Island and beyond. Across battlefields and city bridges, in railway cars and circus rings, adored, applauded and at times brutally mistreated, elephants have truly come to town.’ – James Attlee

When Elephants Come to Town is a visual celebration of man’s timeless fascination with the world’s largest land animal through the medium of photography. The joy and excitement elephants arouse when they make an appearance in our lives is brought to life through a combination of iconic photographs by, amongst others, Garry Winogrand and unattributed, archival material. Rather than a series of contemporary nature photographs, the book is a collection of exceptional images from around the world of elephants in captivity, dating from Victorian times to the height of circus culture in the mid-20th century, many of them taken by anonymous photographers.

Elephants parade through the streets and perform tricks in circuses and shows, their riders ranging from royalty to children, from showgirls to soldiers. In times of war they assist with logistics, shifting heavy loads, ploughing fields and hauling vehicles; in peacetime they add a touch of glamour and exoticism to locations as varied as casinos, hospital courtyards and amusement parks, and are in turn transformed into elephant-shaped buildings, mechanised automatons or balloons.

In the essay that accompanies the photographs, acclaimed British author James Attlee describes the broader context of that relationship through the ages. In doing so, he doesn’t shy away from describing the abuse and poor living conditions captive elephants have had to endure; at the same time he evokes the depth of understanding that can exist between man and animal, often in the words of those who have experienced it first-hand.

Intensely nostalgic, often poignant and always fascinating, these images capture the complexity of one of the planet’s most enduring inter-species relationships.