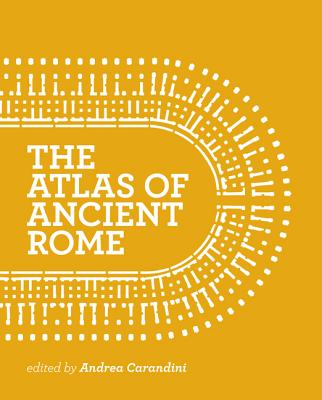 The Atlas of Ancient Rome

The Atlas of Ancient Rome provides a comprehensive archaeological survey of the city of Rome from prehistory to the early medieval period. Lavishly illustrated throughout with full-color maps, drawings, photos, and 3D reconstructions, this magnificent two-volume slipcased edition features the latest discoveries and scholarship, with new descriptions of more than 500 monuments, including the Sanctuary of Vesta, the domus Augusti, and the Mausoleum of Augustus. It is destined to become the standard reference for scholars, students, and anyone interested in the history of the city of Rome.

The Atlas of Ancient Rome is monumental in scope. It examines the city’s topography and political-administrative divisions, trade and economic production, and social landscape and infrastructure-from residential neighborhoods and gardens to walls, roads, aqueducts, and sewers. It describes the fourteen regions of Rome and the urban history of each in unprecedented detail, and includes profiles and reconstructions of major monuments and works of art. This is the only atlas of the ancient city to incorporate the most current archaeological findings and use the latest mapping technologies.

Authoritative and easy to use, The Atlas of Ancient Rome is the definitive illustrated reference book on Rome from its origins to the sixth century AD.Fully updated from the Italian edition to include the latest discoveries and scholarshipFeatures a wealth of maps, illustrations, and 3D reconstructions. Covers Rome’s topography, economy, urban infrastructure, and more. Includes profiles of major monuments and works of art. Draws on the latest archaeological findings and mapping technologies. Twenty years in the making by a team of leading experts.