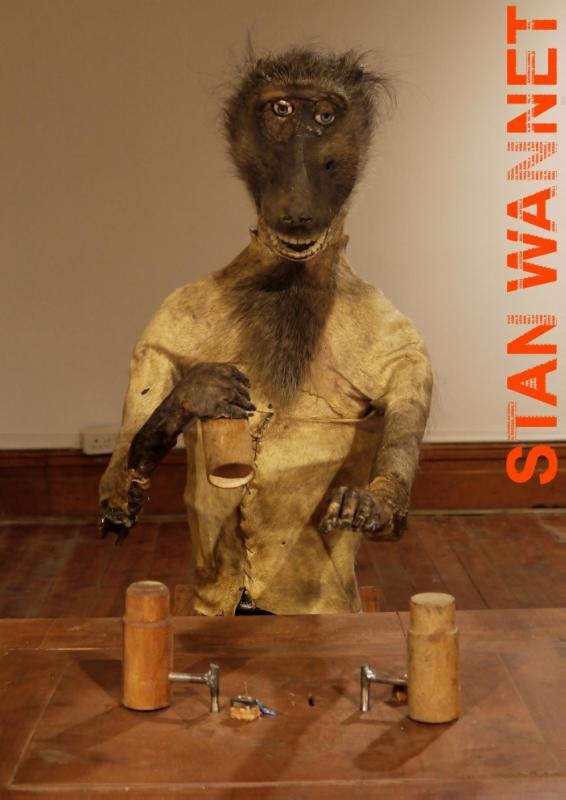 Stan Wannet (Overloon, the Netherlands 1977) has been working as an artist for over 14 years. His work is consists of mechanical installations, performances and experimental video, all of which is written in the same slightly uncanny visual language. His detailed assemblages show a distinctive mishmash of electro-mechanical systems, found objects and absurd figurations. Stan manages to combine intellectual themes with technology in a poetic way that seems perfectly natural.
By forcing his tragi comical characters to obey to formal and repetitive laws, laid down by the machinery hidden within them, an inherently irrational form of meaning arises, that is both easy to read and incomprehensible.