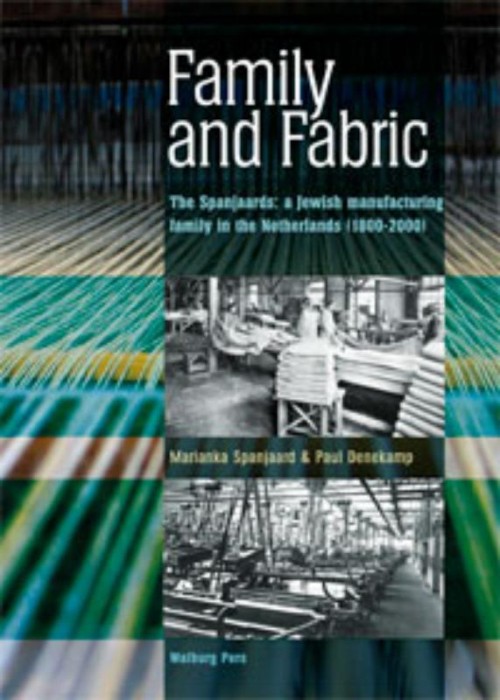 The history of this textile family starts in the early 19th century with Salomon Jacob, a Jewish pedlar from near Bonn. He settled in the village of Borne in the east of the Netherlands, where he married and took the family name of Spanjaard. There Salomon then founded a textile business, at first using home weavers. Later he set up a small factory and trading organisation in Borne, which prospered and expanded. The family fortunes were sufficient for the descendants of Salomon Jacob and Sara Spanjaard to mark their golden wedding anniversary in 1861 by founding a family association, Berith Salom (the Association of Salomon). Subsequent generations of the family developed the factory into a large, modern organisation which traded successfully with brand names like Cinderella Sheets, Teddy Diapers and Kenmore Shirts. The Spanjaards also went through difficult times. In the 1930s there was conflict among the Board members. The Second World War, including the persecution of Jews, led to the loss of 183 family members. The textile crisis of the 1960s led to the ultimate closure of the family business in 1973. Nevertheless, 150 years after the founding of Berith Salom, the association continues to flourish and to connect many descendents of Salomon and Sara who now live all around the world Family and Fabric tells the unusual story of this important Jewish family, enlivening it with accounts of colourful members of the family.