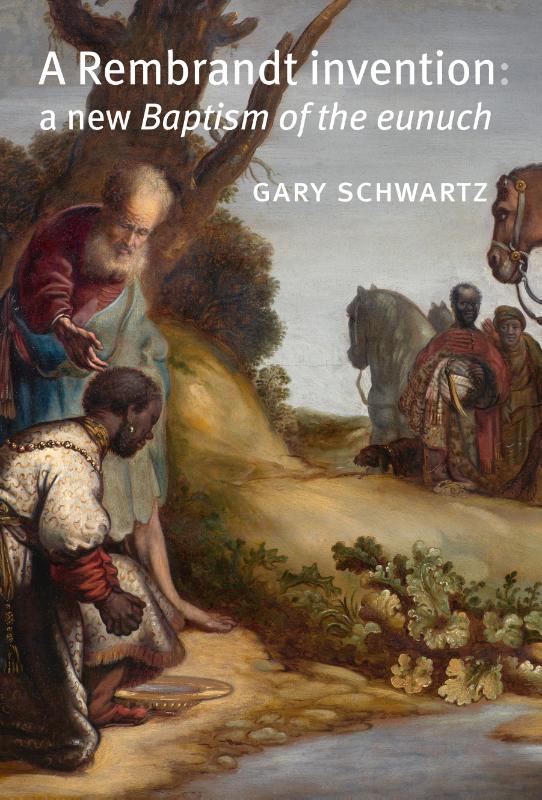 A new Baptism of the Eunuch
Auteur: Gary Schwartz | Uitgever: Primavera Pers
0 out of 5
( Heeft u dit boek gelezen? )

A distinguished black man kneels on a riverbank before a bearded white man in robes, with the air of a prophet. What could a depiction of this scene be other than the well-known story from chapter 8 of The Acts of the Apostles? No Dutch notary of the seventeenth century hesitated in identifying the subject of a painting with this motif as the baptism by Philip of an Ethiopian official called a moor, a eunuch or a chamberlain. On the road from Jerusalem to Gaza, he becomes convinced of the divinity of Christ and is brought into the faith by an envoy of the Lord. The identification was so obvious that it does not seem to need further interrogation.
Yet, as Gary Schwartz shows in this fascinating, concise study, a closer look is very revealing. The text of Acts, which specifies that both men went into the water, and does not say that the eunuch kneeled or even that he was black, is not followed closely by any Dutch artist of the seventeenth century. Rembrandt was one of those who took far-going liberties with Scripture in his depictions of the story in paint, drawing and print.
The occasion to take this closer look was the emergence of an as yet unpublished painting of the Baptism of the eunuch with all the hallmarks of a Rembrandt creation. Is it by him? An engraving of 1650 by a leading Amsterdam printmaker and publisher that reproduces the composition says that it was “invented by Rembrandt”. How is this to be taken? Schwartz delves into the question.
The inclusion of the painting in the exhibition Young Rembrandt: rising star in Museum De Lakenhal in Leiden gives occasion to Gary Schwartz to review the iconography of the baptism of the eunuch and present the new painting. His book is the most completely illustrated study of the baptism of the eunuch yet to appear.
Gary Schwartz has been studying Rembrandt and publishing on him for fifty years. See his website garyschwartzarthistorian.nl.